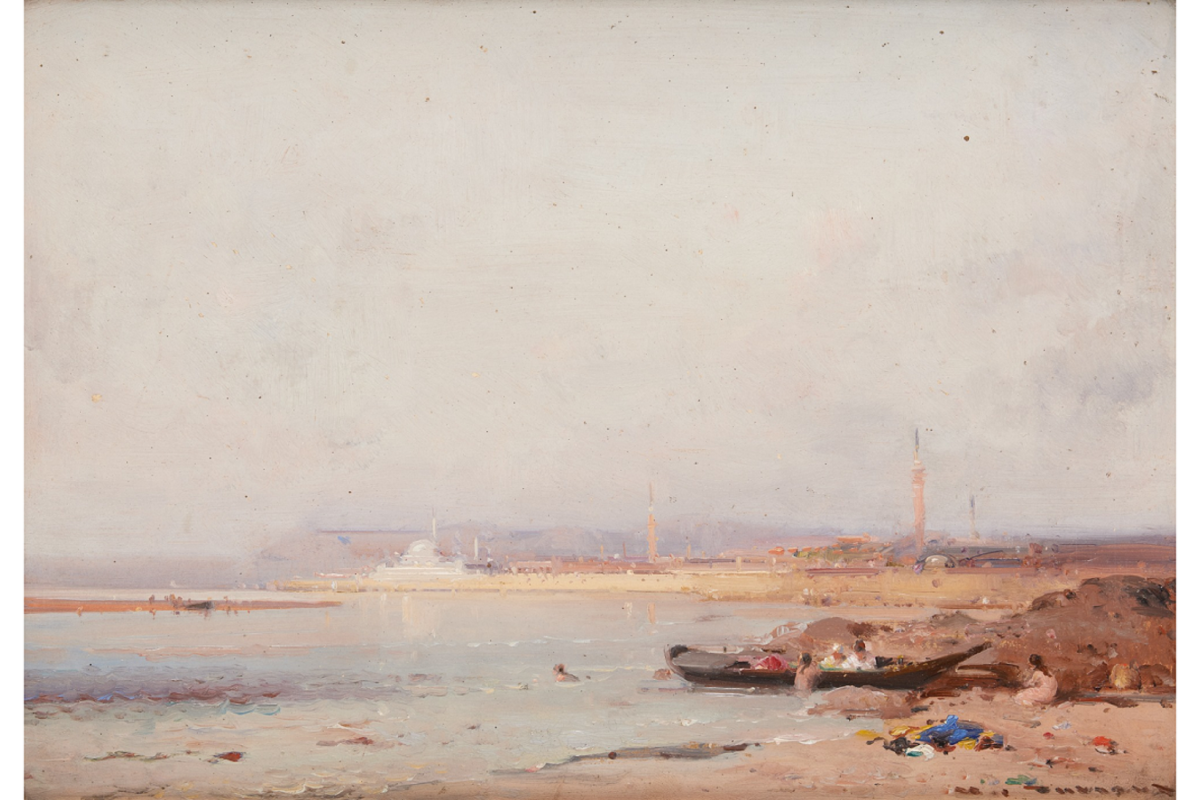 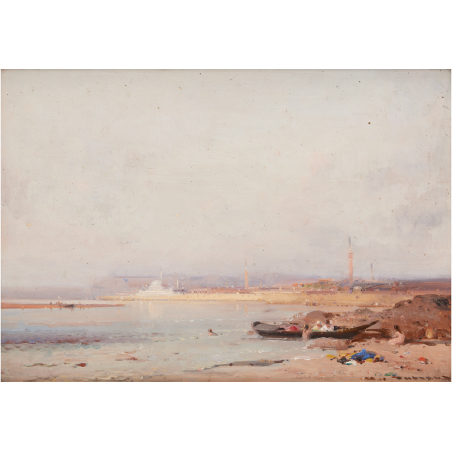 Henri Duvieux was an artist who was influenced by an interest in Orientalism, a common concern of many artists from the mid to late 19th century. Duvieux focused on his travels on the depiction of the landscape and its effects, less on the human element of the Orientalism.

Duvieux made his debut at the Paris Salon in 1880 with Vue de Venise (view of Venice) and Vue de Constantinople (view of Constantinople). He tirelessly painted views of these two cities, always looking for perfect inspiration. Most of these views showed aspects of the sea, for example in the tradition of Canaletto in the 18th century. Duvieux used impressionistic colors that resembled Turner's seascapes to convey intense light and brilliant sunsets and sunrises. Duvieux's architectural elements were equally important, the details of which he reproduced with precision. His compositions were popular with the audience. He combined the elements of Orientalism with the established tradition of sea motifs from earlier masters, although more modern tendencies can also be seen in his work. The date of his death is unknown.