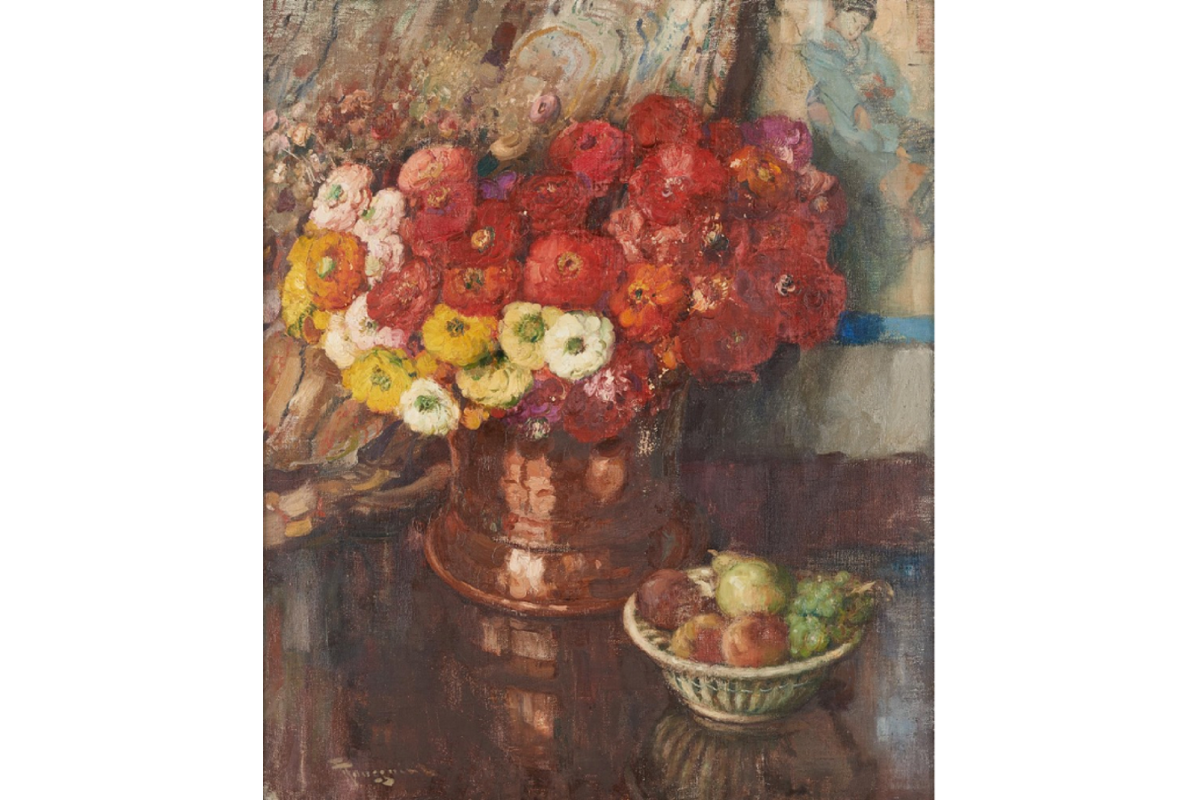 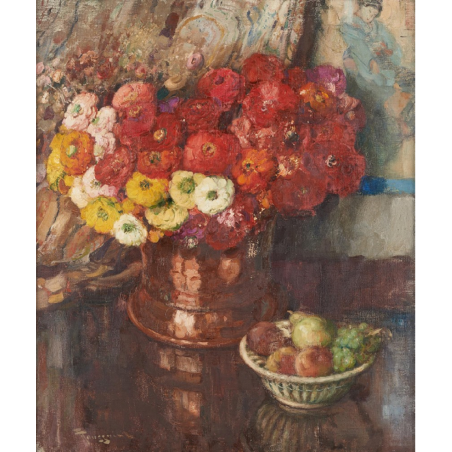 
Large format still life by Belgian artist Fernand Toussaint from the beginning of the 20th century, oil on canvas, signed.

Fernand Toussaint (1873 Brussels –1956 Ixelles/Brussels) was born in a family of upper-middle class. When his parents discovered his talent in drawing they helped him to develop it in full. He began studying art with Jean-François Portaels and at the Académie Royale des Beaux-Arts at the age of 15. At the age of eighteen he left for Paris to continue his studies under the well-known Belgian portraitist Alfred Stevens. He specialised in painting portraits of women, still lifes and city-scapes, in the Impressionist, Art nouveau, and Post-Impressionist styles. His works include paintings, water-colours and posters. He is also a famed artist to depict beautiful floral still lifes and interiors, coastal views and seascapes. In this genre his paintings have to be compared with the painters of his epoque the likes of Constant Permeke and Adrien le Mayeur de Merprès, that influenced much his own manner.