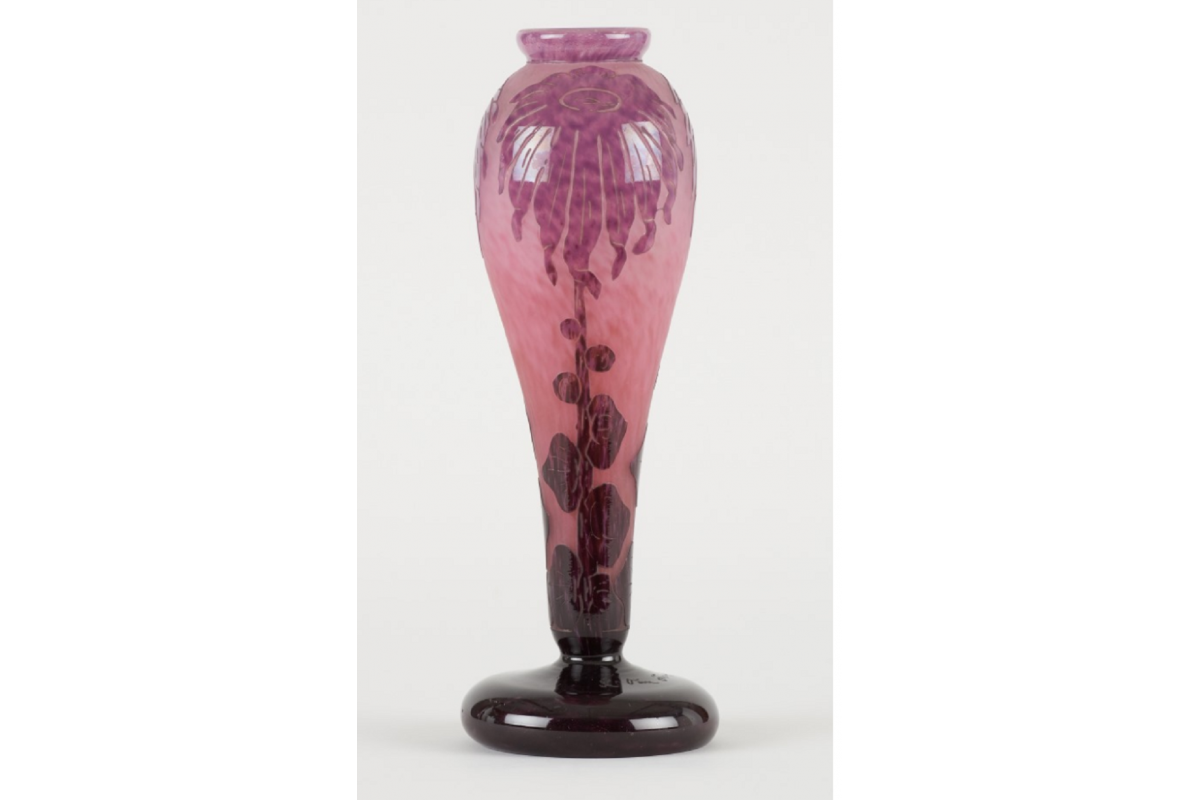 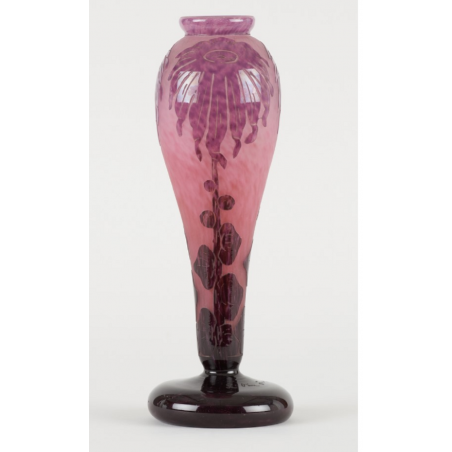 Charles Schneider (1881-1953) was both an artist and a craftsman. As a great artist, he first worked with his brother Ernest for Daum in Paris. In 1913, the brothers set up their own glass workshop in Epinay-sur-Seine, near Paris. Economic success began only after 1923. In 1926, they were the first glass workshop in France with nearly 500 employees. The success of Schneider's production ended with the stock market crash of 1929, when the luxury goods market collapsed. Three years later, the ovens are off. In 1938, the company must declare bankruptcy. The Schneider glass was rediscovered in the 1980s and today occupies an equal place next to Gallé and Daum.