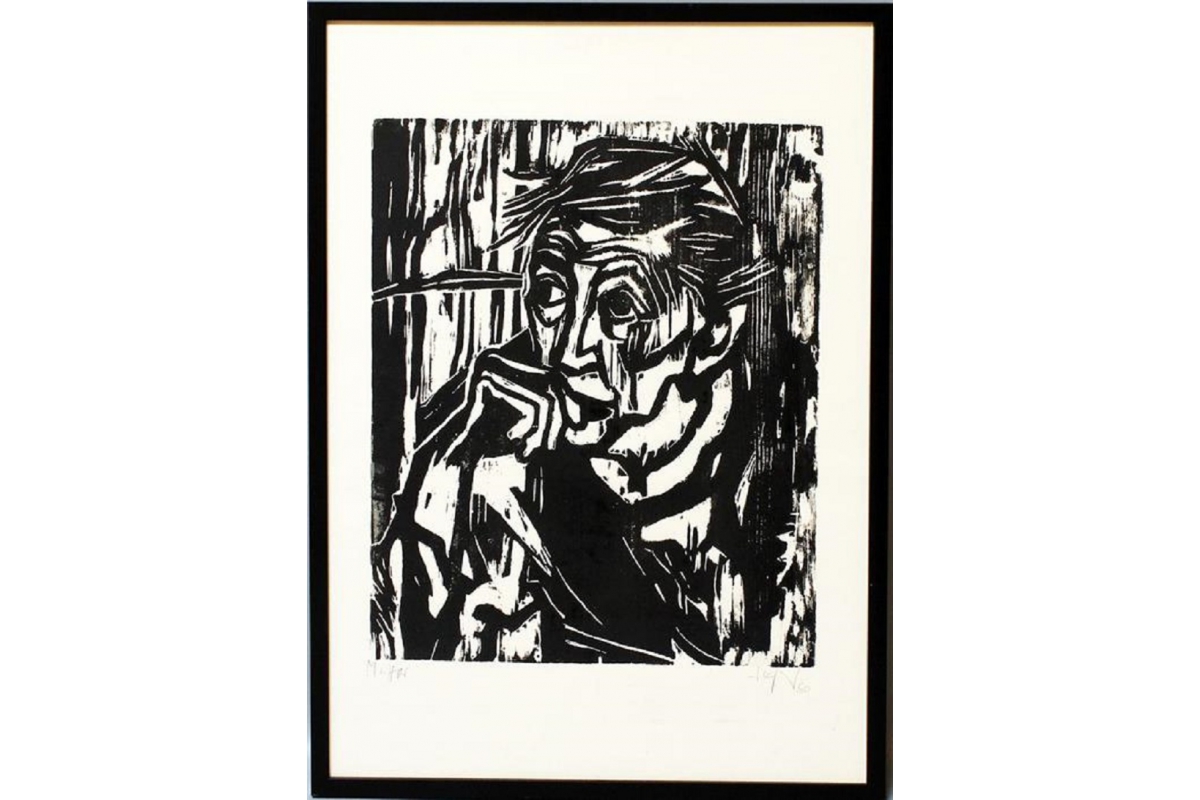 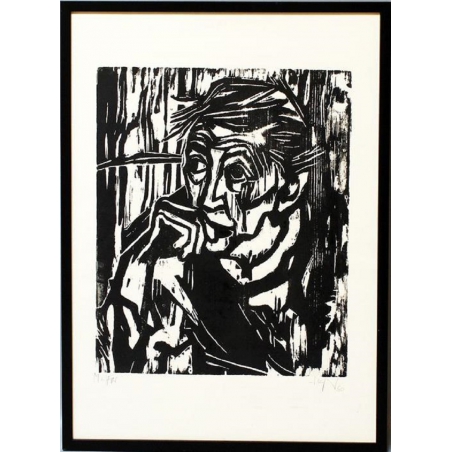 
Woodcut by the expressionist painter and graphic artist Heinz Tetzner from 1980, titled, signed and dated.

Heinz Tetzner was a German painter and graphic artist of Expressionism and strongly influenced by the works of the painters Max Pechstein, Erich Heckel and Karl Schmidt-Rottluff. After completing his apprenticeship as a model draftsman, he was a guest student with Alfred Partikel at the art academy in Königsberg, studied at the college for building and fine arts in Weimar, was master student of Professor Otto Herbig and taught at the art schools of Weimar and Schneeberg. Tetzner has received numerous awards, including twice the Max Pechstein Prize, the Karl Marx City Art Prize, the Graphic Prize of the New Saxon Gallery in Chemnitz and was accepted into the Association of Fine Artists in Germany. At the end of the 1980s Karl-Marx-Stadt compiled a list of his works from 1940-1987 and the art collections in Chemnitz organized a large retrospective in 1990. For his 80th birthday in 2000, Tetzner received the honorary award of Southwest Saxony and the graphic award "100 selected graphics 2000". The Tetzner Museum in his home town of Gersdorf shows changing exhibitions by the artist.